Rae of Light Ministries is an intimate spiritual organization dedicated to serving the evolution of human consciousness by facilitating a path to spiritual awakening for its members. Often, this path includes a process of healing and the releasing of known and unknown traumas in the body, mind, and spirit, which can lead to the realization of profound personal clarity and transformation.

Our facilitation of this path is intended to be an act of humble, sacred service, through the infinite source of divine love, for each and every soul with whom we are privileged to share this great work.

Rae of Light Ministries is a registered 508a non-profit FBO (Faith Based Organization). 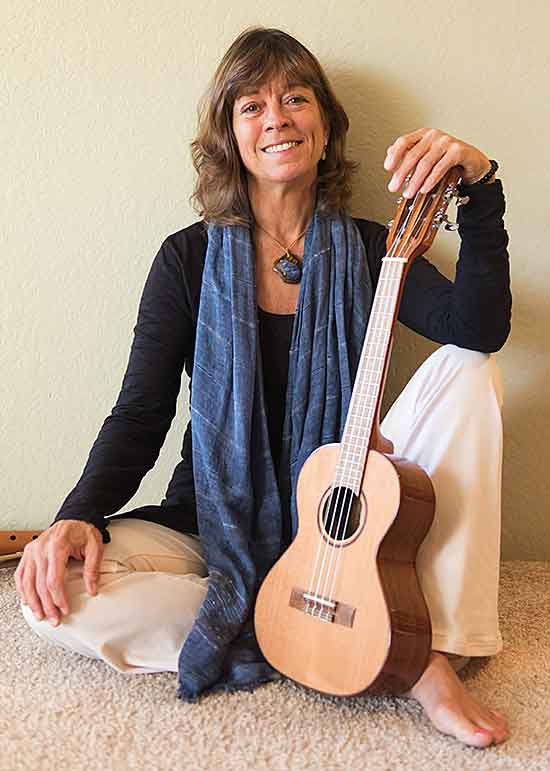 Shellee Rae, author, “unTeacher,” and healer, has been working with people and supporting them in the healing process since 1998 when she became a Reiki Master. Subsequently, she trained to the master level in many other energy healing modalities, and became certified in numerous body-centered therapies. She also became a Deeksha giver in India in 2006.

In January of 2008, Shellee Rae awakened to a voice that said, “It’s time to write!” After the third visit from the voice, she wrote her first book, Suffering ~ A Path of Awakening: Dissolving the Pain of Incest, Abuse, Addiction and Depression. Suffering takes the reader on a 39-year journey through Shellee Rae’s life, from her childhood years as a victim of sexual abuse, through lengthy addictions to alcohol and drugs, into deep depression, and ultimately to the doors of death. In 1997, a suicide attempt brought Shellee Rae into 12-step recovery, sobriety, and emotional healing. After many encounters with several spiritual paths, teachers, and healing methods, in 2008, her kundalini spontaneously awakened and then months later she also experienced an embodied awakening. Since that time, she has written numerous books and has been guiding people in their own awakening process by gently pointing to the truth of who they are from the depths of her own realization.

One year after Shellee Rae’s awakening, she was out hiking and heard a word whisper within her, ‘Aya…’. She repeated it over and over until she returned home to research it. Through magical circumstances, Shellee Rae participated in her first Sacred Ceremony shortly thereafter. During her third ceremony, the plant sacrament whispered to her, “You are a medicine bearer.” Following that guidance, she did a year of work with the Santo Daime Church, while also working with three shamans, one being a Shipibo-trained curandero.

Shellee Rae’s work was blessed by her initial mentor, and she received her altar in 2012. With the support of many skilled assistants, she has been guiding ceremony ever since. Sacred Ceremony often accelerates the shedding of that which hinders the awareness of your Divine Nature. Working with this plant teacher has been a potent accelerant to the work Shellee Rae has been doing since 1998.

Anu has been on a spiritual path of exploration, self-inquiry, and self-realization since childhood. He first experienced sacred ceremony in the Peruvian Amazon in 2007, and has been awed, humbled, and captivated by its deeply spiritual, profoundly transformational blessings ever since.

Anu is an Usui Shiki Ryoho Reiki Master and Teacher, initially trained at Stanford University School of Medicine’s Health Enrichment Program, and advanced into Reiki mastery by Shellee Rae. He has studied curanderismo and vegetalista practices with the indigenous Shipibo-Konibo tribe in the Peruvian Amazon rainforest, and also trained in shamanic practices with The Foundation for Shamanic Studies. He is also a certified Somatic Integration Guide, having studied with Atira Tan of Peru’s Aya Healing Retreats.

Much of Anu’s professional background has been focused in the arts – the performing arts as a singer, actor, and teaching artist, and the visual arts as a graphic designer and creative director. Having received consistent guidance to step fully into being an “Agent of Transformation,” Anu is dedicated to serving through the force of divine love to assist in facilitating the process of spiritual awakening and personal transformation one soul at a time. 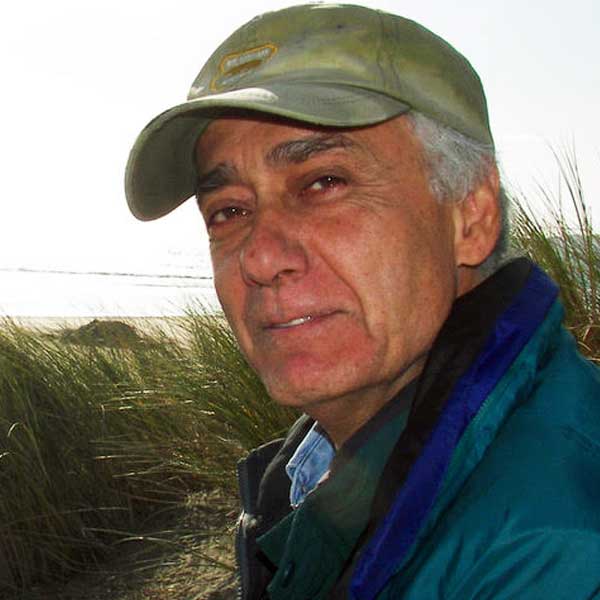 Mitchell was born with a thirst to know. Being both sensitive in heart, as well as acutely aware of the depth of his yearning, his experience of this thirst was a unique challenge throughout his childhood and youth.

His yearning was not fully answered until he reached twenty-one years of age, at which time an inner volcano erupted within, and he had to know the answer to the burning questions, “Who am I?” and “Why am I here?” Soon after, he experienced an awakening which guided him to spend focused time with the Self, including ten years in an ashram, and another ten years participating in his teacher’s work. During this time, he lived a sheltered and blessed life. His heart opened to deep love and devotion, and he was able to share his open heart with many souls. As a result, he has come to know that the focus of his life is simply to deepen in the experience of living, a focus that continues to unfold, bathing him in love and gratitude.

Mitchell has also been a student of the teachings of Gangaji, the Santo Daime Church, and Waking Down. He is trained and experienced in Light Touch Healing and is certified as a Reiki Master by Shellee Rae. As a Guardian/Assistant in Sacred Ceremonies, Mitchell has been working alongside Shellee Rae since 2014. His work with Shellee Rae has been a great blessing, grounding his being while further opening his heart and inner Self in subtle yet profound ways. Mitchell serves as a financial director in the non-profit services industry, a position he has held for the last twenty-one years. 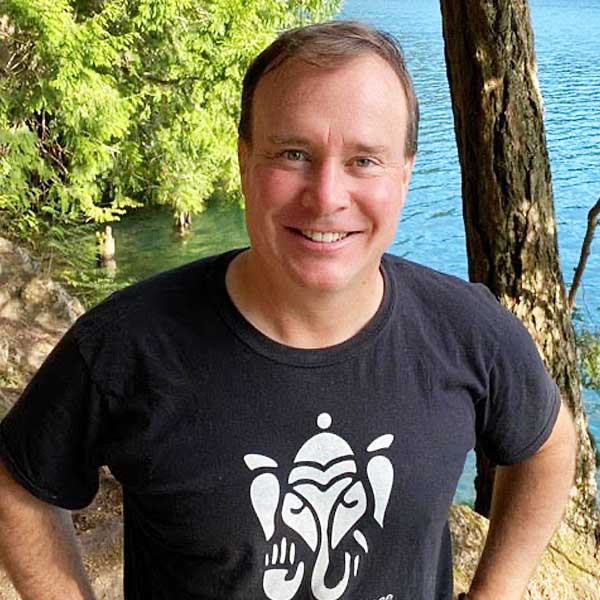 Kevin began his work in sacred ceremony in Peru, and then joined Shellee Rae’s circle in 2014. He has been working as an assistant facilitator/guardian and ordained minister with ROLM since 2017. Kevin has an innate ability to see and sense energies as he works with people. He received his Reiki training through Shelleerae, and now brings that modality to his intuitive skills. 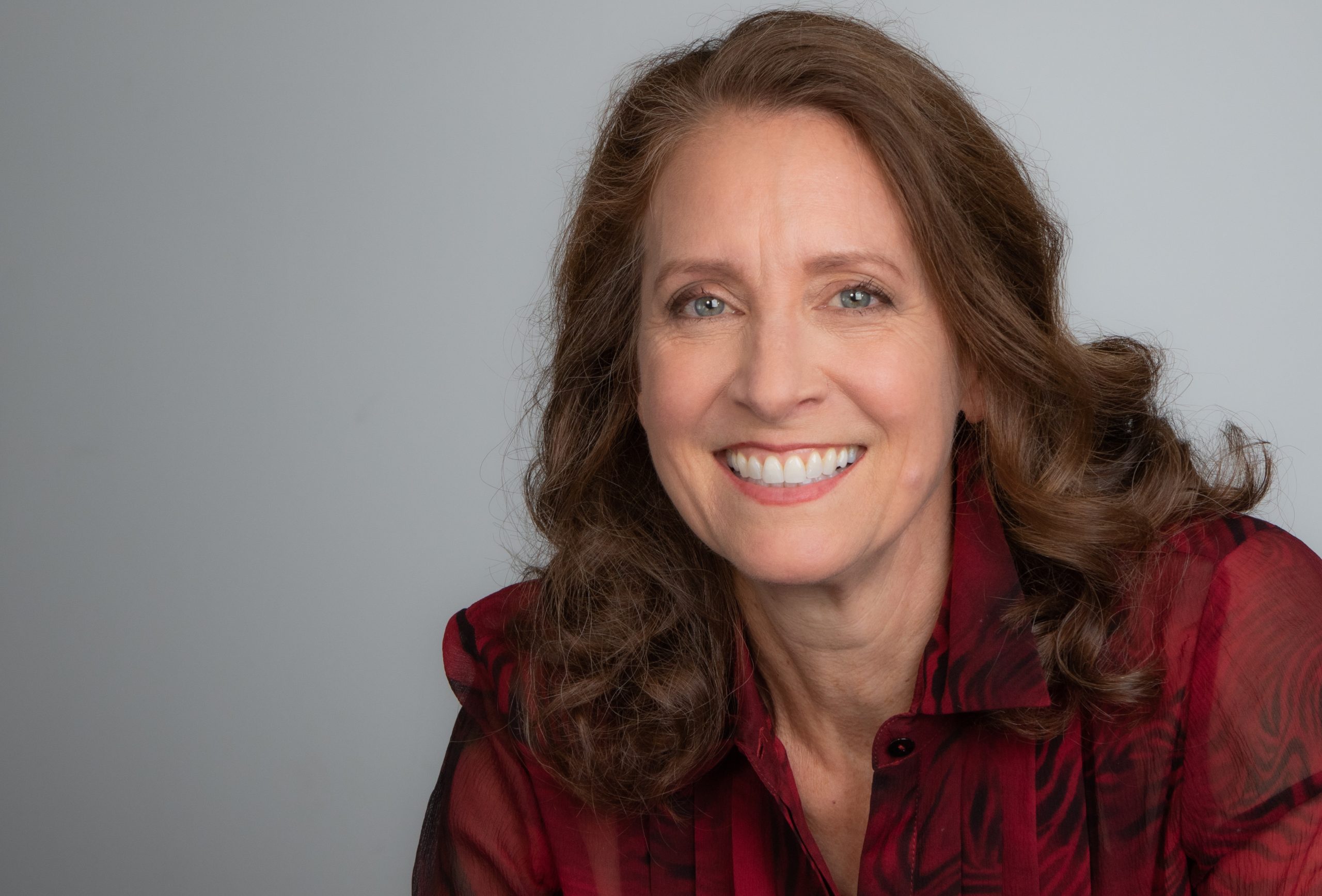 Christie has been blessed to be learning from and guided by Mamacita since their initial encounter in the Peruvian Amazon in 2013. Honor for the depth of healing and reconnection to our essence nature experienced through working with Mamacita led Christie to return to the Amazon numerous times, to accompany and guide others building relationships with Mamacita, and to begin co-guiding sacred ceremonies and retreats. Christie was guided to Shelleerae while supporting a client connection to another facilitator in her local area. Christie felt an immediate knowing and connection to the potency of Shellerae’s being and her work. She has been blessed to be assisting and guiding with Shelleerae ever since.

Prior to her work with Mamacita, Christie spent many decades focused on the track of the corporate climb. She began her own spiritual journey in 2006 when a gnawing calling in her heart guided her to Apollonia Fortuna at what is now Awareness Studios. With Apollonia as a teacher, mentor, and catalyst for deep transformational change, Christie became an ardent student and practitioner of many spiritual, energetic, somatic, and psychological modalities that supported her opening to the beauty, creativity, love, and knowing of her own unique essence nature. During her personal process of awakening, Christie developed a strong passion for the necessity of awakening in our world at large. She is now a passionate guide for others experiencing deep transformational change and desiring the embodiment and expression of their essence nature. Christie recognizes each being and each journey is unique and loves the process of listening, designing, and supporting the specific experiences and resources that catalyze the unfoldment of the unique essence nature of each individual she has the gift to accompany on their journey. 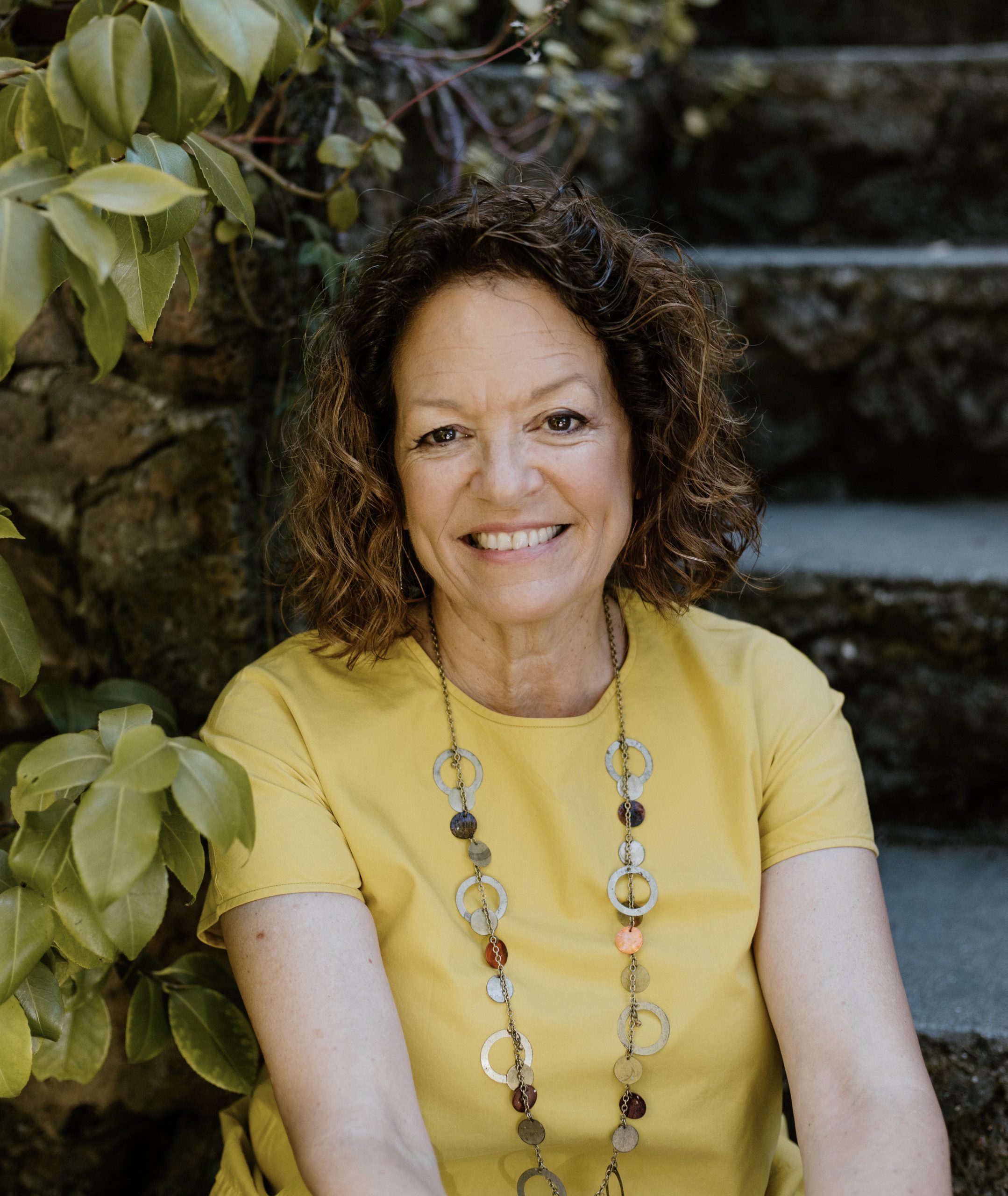 In 2019, after many years of experiences with a varety of contemplative practices, the search for an awakened teacher led to Patty’s joyous discovery of Shelleerae and her first sacred ceremony. Within each subsequent ceremony she was gifted by Mamacita with profound spiritual shifts that continue to unfold, revealing a life of increased possibility, spontaneity and joy. Patty’s work with Shelleerae and Rae of Light Ministries is to support members in the realization of wellness and wholeness through gentle guidance in ceremony integration. When not supporting Rae of Light Ministries, Patty is devoted to sustaining her more than three decades of work in the field of embodied well-being. Patty is a mother, an avid hiker, a yoga enthusiast, and receives essential nourishment from art in all forms. 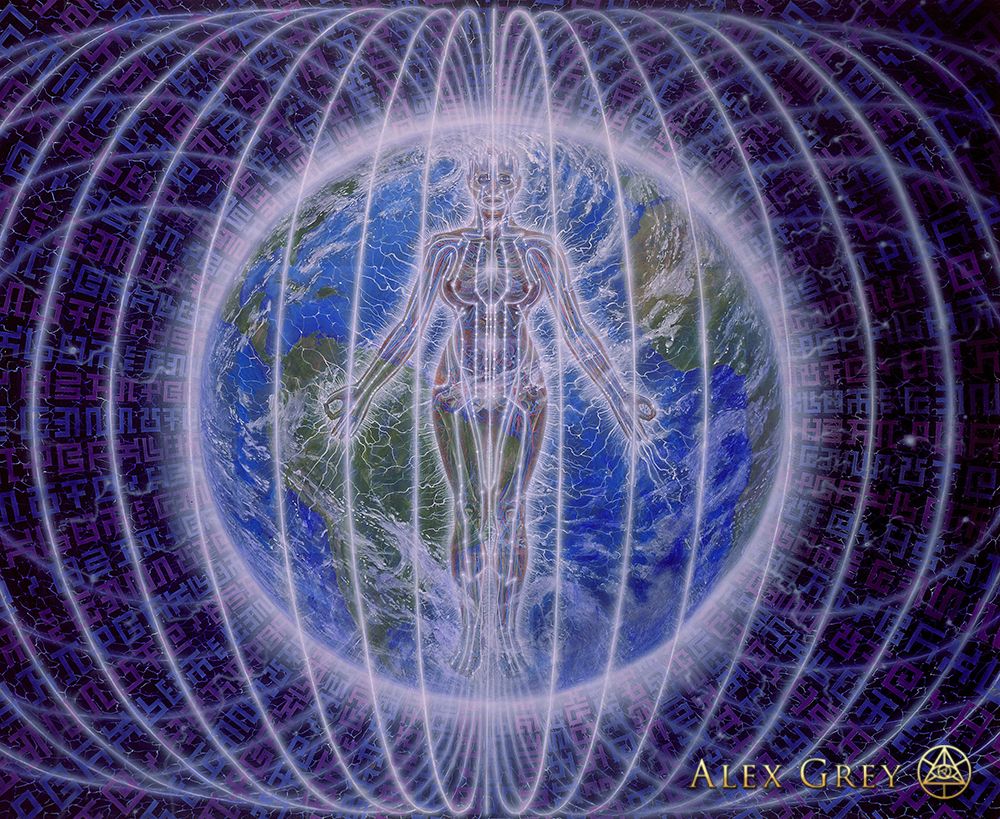 Witch, budding Crone, Goddess, friend of fae. Sydney has prayed with Mamacita since 2004. Her studies include an MLA in Creation Spirituality from Naropa Oakland and a BS in Extension Studies from Harvard University. She is the owner of Experiencing Eden, offering gardening & aromatherapy. She is trained in Circular Breathing, Re-birthing, Polarity Therapy, and Firewalking with Michael Sky. Her background includes forty-five years of psychic travel to inner & outer worlds; five years of Empathy Practice with NVC; and mystery School with Jean Houston. She is also a worm herder, goat mama, EarthLove Game Diva, and crafter. Her inner mantra is “May we all know we are Love, loved and loving.”